Steam Trains on the Local Railway.

One of the features of the village is the privately operated railway, featuring a variety of restored locomotives.
Pictured on this page are some of the steam locomotives used on local trains.

The local scheduled summer trains are hauled by several steam locomotives, for example the ex-GWR tank engine 4555, painted green and named "Warrior" for its service here: 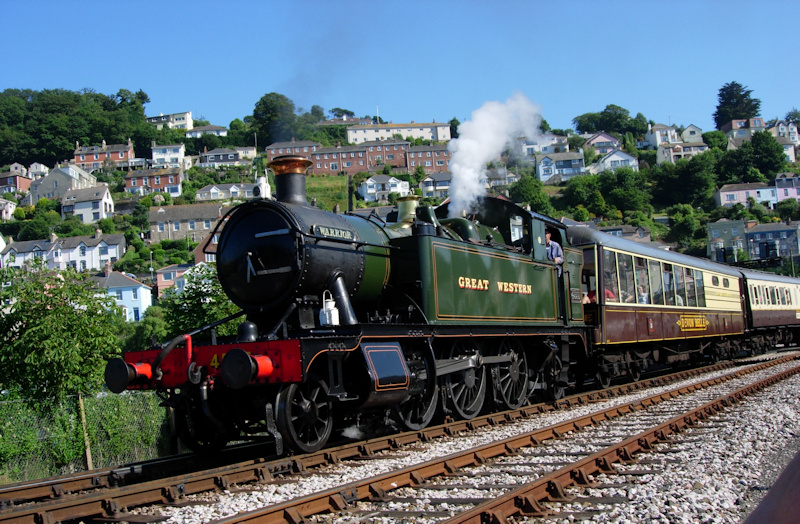 The sparkling 7827 "Lydham Manor" looks beautiful in the sunshine... 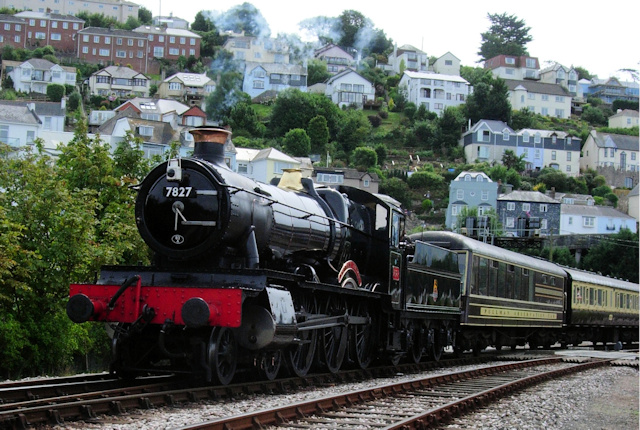 ... although it has since been repainted in black livery (not really an improvement in my opinion!) 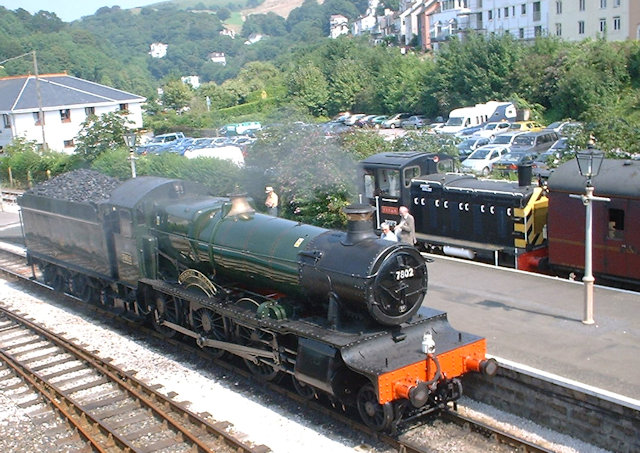 Also from the old GWR is sister locomotive "Bradley Manor", on loan to the local railway in 2003 and seen here in the village station.