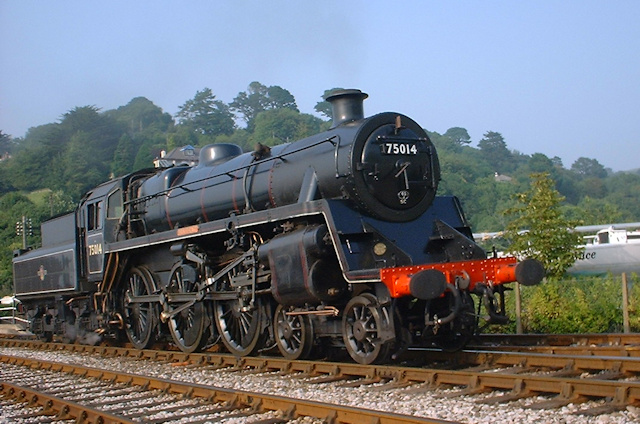 Ex-British Rail Standard class 4 75014 named "Braveheart" has also been a regular on local services since 2017. 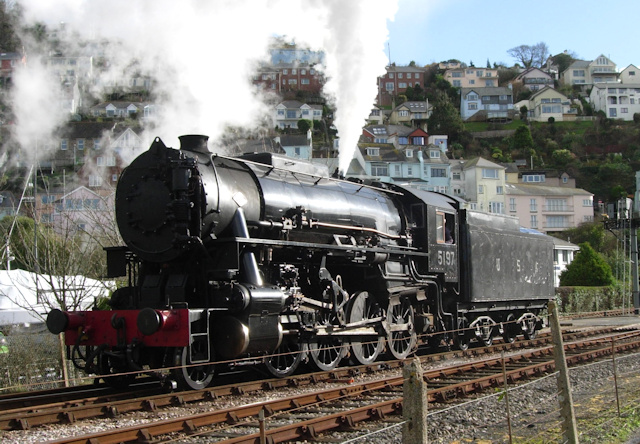 An unusual visitor hauling the local services in February 2018 was this 1945 USA-built 2-8-0 locomotive, numbered 5197. It spent nearly 50 years in China mainly hauling coal trains before being rescued in 1995 and brought to the UK for restoration. 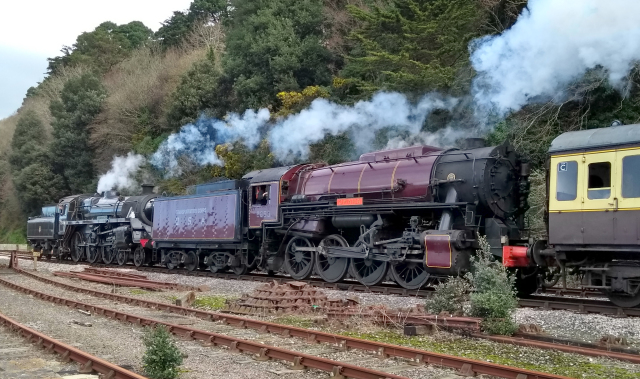 In February 2021 another ex-USA 2-8-0 locomotive appeared on the local line, this one numbered 2253 and named "Omaha". It is pictured here on a shakedown run hauling a local train and piloted by 75014. 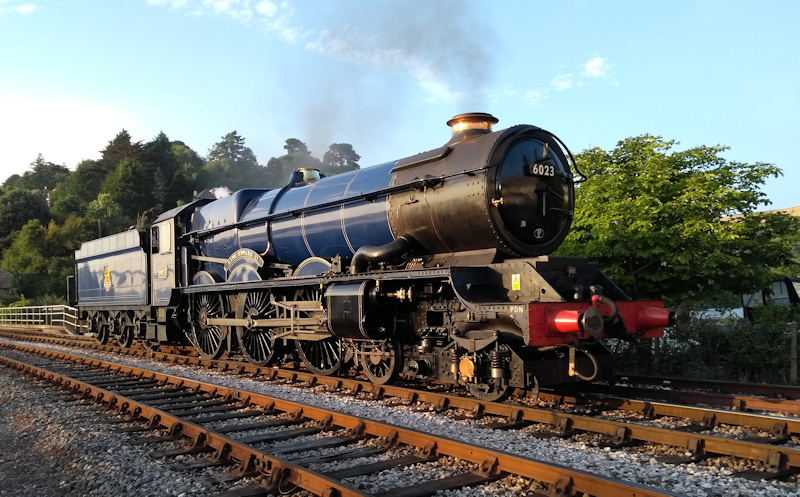 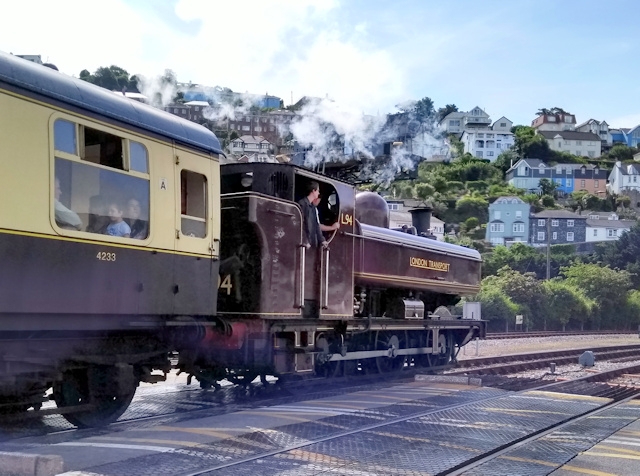 ... and the relatively diminutive ex-London Transport pannier tank L94 (originally built for the GWR and numbered 7752). 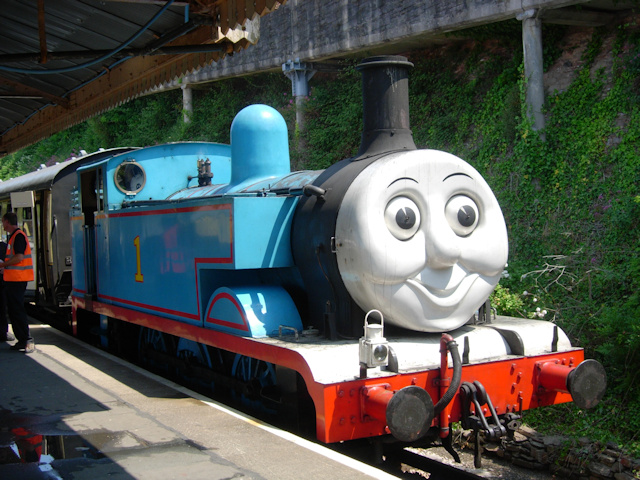 For many years "Thomas The Tank Engine" was brought in annually by road to provide entertainment and rides for children for a few days in the summer holidays.
Thomas is pictured here in the local station.