In the summer there are regular Sunday excursion trains to the village from further afield, usually 12-coach trains hauled by restored passenger locomotives from most of the former regional railways as well as some built more recently. 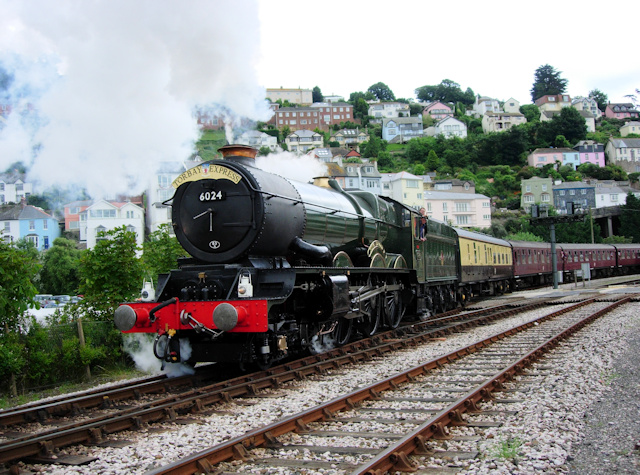 This one is headed by the superb ex-GWR "King" class locomotive "King Edward I". 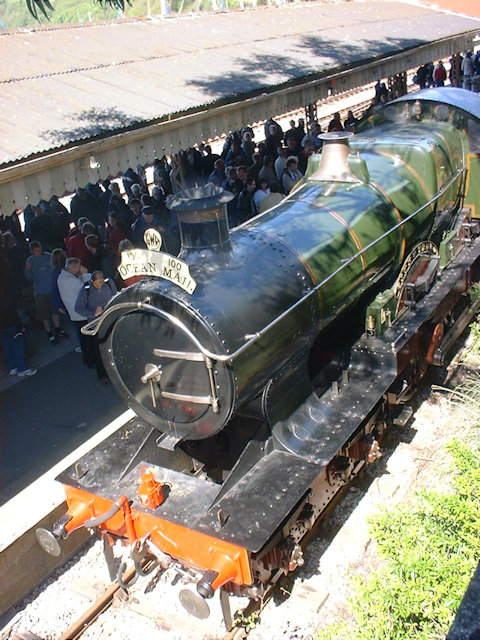 A real treat in 2004 was a visit by the venerable GWR engine "City Of Truro", the first steam locomotive to reach 100mph (although the achievement wasn't recorded officially). 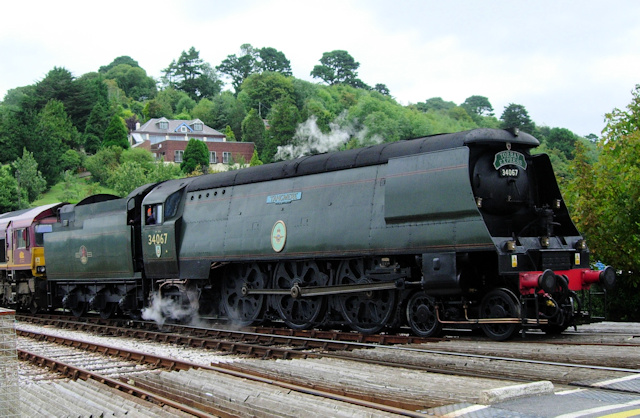 Southern Region Battle of Britain class 34067 "Tangmere" visits sometimes, but in 2007 needed help from diesel loco 66167 to manage the gradients on the line. 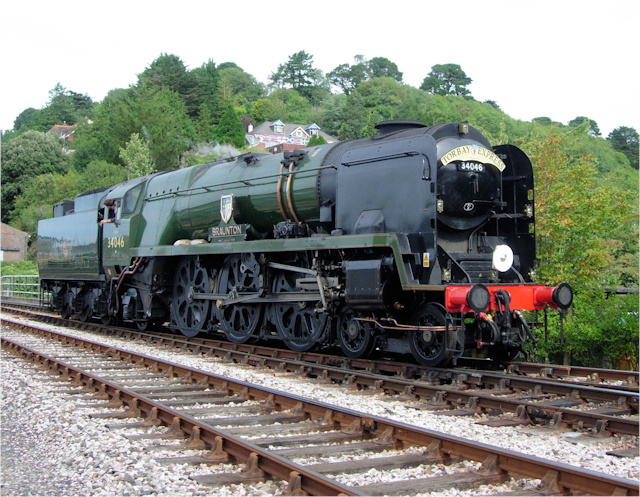 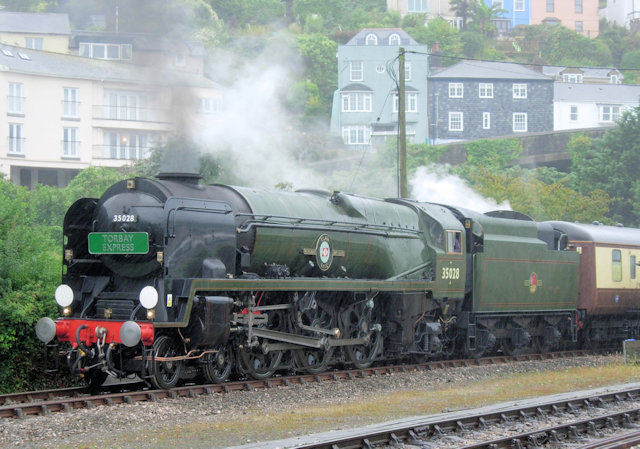