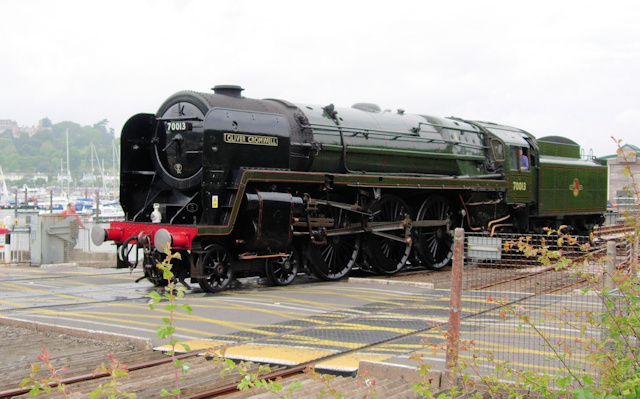 
2010 saw a visit by the restored "Duke of Gloucester".  Planned to be the biggest and best class of passenger locomotives designed by British Railways, the prototype was completed in 1954 but was a poor performer and not well liked; it was the only one built and removed from service after just a few years. When 'The Duke' was later rescued and restored several major defects in both the design and in the original construction were discovered and later corrected, resulting in one of the most efficient and powerful steam locomotives ever to run in Britain. 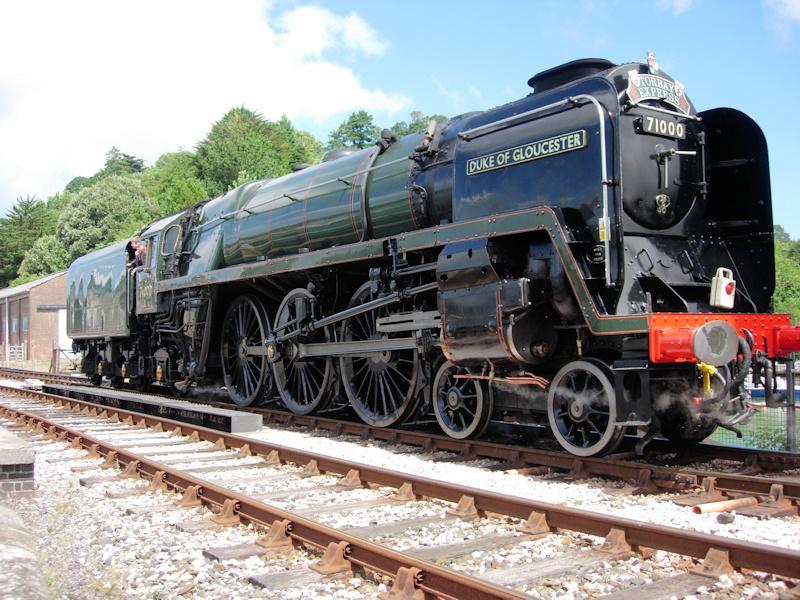 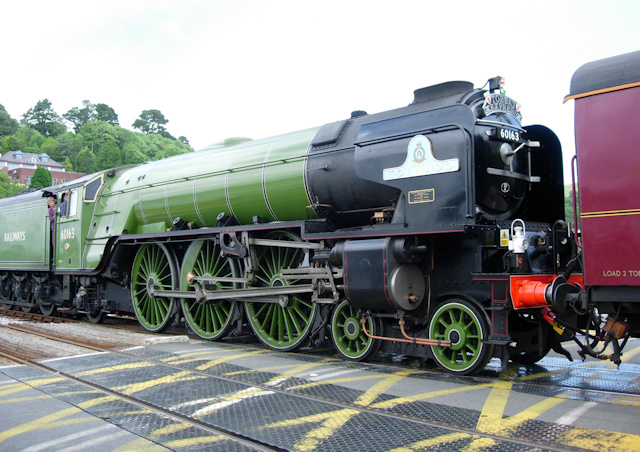 In 2009 the newly-built multi-million pound "Tornado" joined the long list of celebrity visitors and has made regular appearances ever since.
This picture was taken as it repositioned its train in the station.